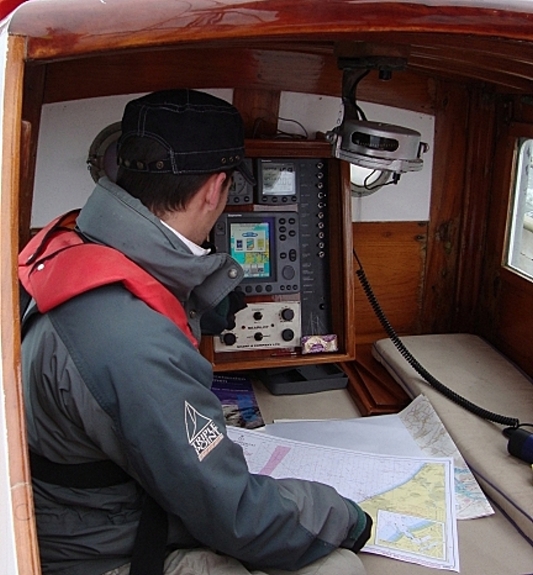 In the cockpit, the centered instruments 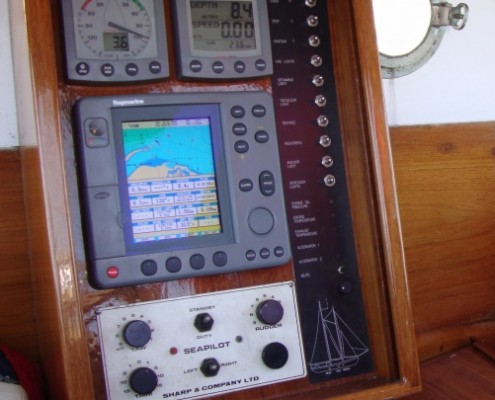 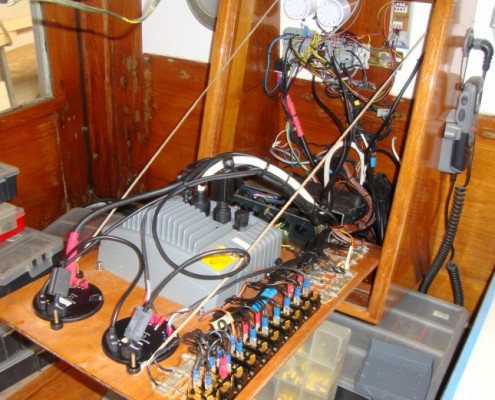 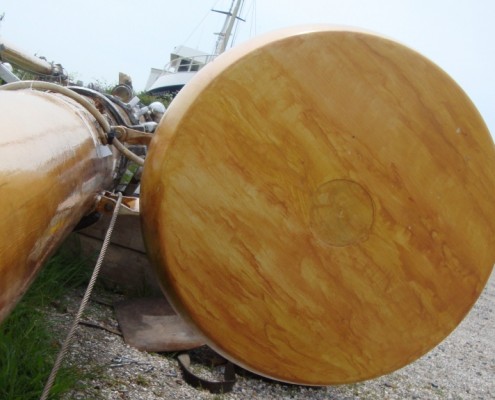 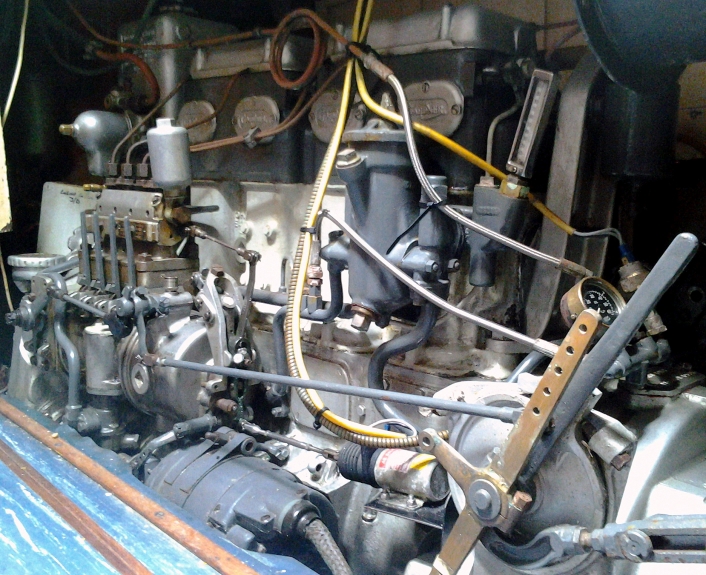 Over the years there have been done many refits. In fact there is not one bit of the boat that there isn’t worked on at one time or another.
In the fifties she was re-rigged. The masts were unstepped and a track added to the main mast and 10ft cut off the main boom, to convert her to a Bermudian staysail schooner for easy handling in the Caribbean.
In 1966, Carrina have been completely rewired as well as a new electrical panel.
Mainly for charter purposes she’s fitted with wiring for: 12V, 24V (main electrical system), 110 V (American charter guests in the Carib) and 220V for Med. charters.
In 1966/1967 new main engine beds were constructed and the Gardner 4LW was installed.

In 2003 the decision had been made to meet with the modern standards on electronic navigation and safety equipment. So she got all new Raymarine ST60 wind, speed and depth instruments. A Radar with the multifunctional display RL70CRC and new aqua signal navigation lightning. Also new GPS and a Ray240 VHF unit with a second station in the saloon was installed.

Fitting out a classic boat like Carrina was a challenge. How to equip her with the latest technology, but don’t do any harm to her original looks.
So the cockpit got a mahogany box which completely covers the modern electronics. The new electric main switch board was installed in the cupboard beneath the stairs, hidden behind the original panelled door.
The radardome on the main got a wood-like paint, so it isn’t very notable.
All small details, necessary to keep alive the look and feel of originality.

Over the years the auxiliary motor have been changed several times. Originally she was equipped with a 2 cyl. – 15 b.h.p. KELVIN Sleeve Valve Engine Model B. Which one have been replaced in 1936 by a Kelvin Ricardo model J4 4 cyl. – 30 b.h.p. which gave her 7 knots direct drive at 800rpm. At last in 1966/67 the Gardner 4LW marine diesel was new installed and which engine is still functional without any complaints.